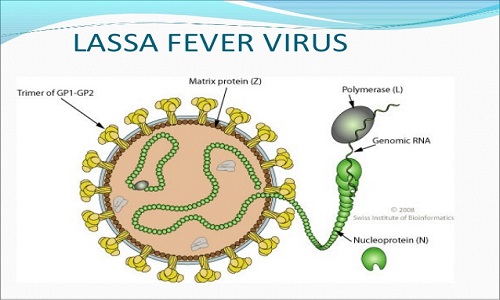 Lassa fever has claimed 14 lives in Taraba State from January to date, an official has said.
Dr Aisha Sani, the chairperson, Lassa Fever Committee in the Federal Medical Centre (FMC), Jalingo, confirmed this to the News Agency of Nigeria (NAN) yesterday in Jalingo.
According to her, of the 49 suspected cases of the disease reported in the hospital, 21 persons were treated and discharged.
However, she disclosed that seven suspected Lassa fever patients on admission in the hospital had fled the facility.
“Seven persons have absconded. We are making efforts to arrest and bring them back to the hospital before they infect others with the disease.
“We have our internal securities here, but the truth is that we need more to secure the Lassa fever unit”, Dr. Sani said.
The doctor said laboratory test had confirmed four cases of the disease, while four suspected cases were referred to the Institute of Lassa Fever Research and Control, Irrua, Edo State.
“The four patients have developed kidney failure and you know we don’t have dialysis section here.
“Let me use this medium to appeal to the Federal Government to provide a dialysis unit in this hospital so that we can save lives”, she said.
Dr. Sani said the hospital was handling two cases of the disease, adding that the worst affected areas in the state were Jalingo, Ardo-Kola and Bali local governments.
NAN recalls that the FMC officially confirmed the first death of three persons of Lassa fever disease on January 5.