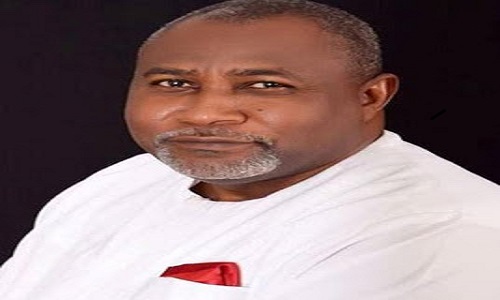 The Federal Government has announced March 18 as the burial date for the Minister of State for Labour, James Ocholi, SAN, who died Sunday alongside his wife and son in a car accident.
The Secretary to the Government of the Federation, Babacir Lawal, who made the announcement at the valedictory session of the Federal Executive Council, FEC, on Wednesday, said a committee set up by the government had met with the late minister’s family and picked March 16,17 and 18 for the funeral rites.
According to the burial arrangements as announced by Mr. Lawal, a service of songs would hold on March 17 at the International Conference Centre Abuja by 7 pm.
He also said the body of Mr. Ocholi, his wife, Blessing, and son, Joshua, would depart the National Hospital Abuja on March 17, for his home town, Dekina, in Kogi state.
He said wake-keeping slated for the same day in Dekina would kick off from 6pm to the next day while internment would take place on March 18 by 12 noon in Dekina.
Meanwhile, the SGF also announced that President Muhammadu Buhari has directed that the children of the late minister who are university graduates, be given immediate employment, while those in school should be awarded scholarship up to university level.
Mr. Lawal said two of four children left behind by Mr. Ocholi are university graduates, while one is a student of Covenant University, and the last child is a secondary school student in SS 1.
The SGF, therefore, asked the Minister of Education, Adamu Adamu, to work out modalities for the scholarship.