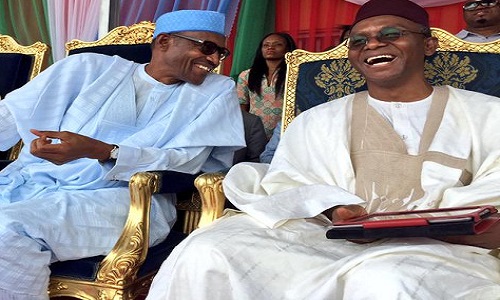 The Pentecostal Fellowship of Nigeria, PFN, has drawn the attention of President Muhammadu Buhari to the bill seeking to license religious preachers in Kaduna State.
In a statement yesterday in Enugu, Chairman of the PFN in Enugu State, Rev. Dr. Godwin Madu, urged the president to call Governor Nasir El-Rufai of Kaduna State to order as such move was capable of throwing the country into chaos.
According to Madu, “the situation in Kaduna State today calls for caution because this religious issue may bring problem in other states if not properly checked.
“The licensing of preachers is not in the best interest of the nation and it is contrary to the constitution of the country.
“Are we being forced to have two countries in Nigeria or two constitutions? Mr. President should intervene in this matter. Let there be caution and proper understanding between government, leaders and religious leaders; let us stop anything that will not make for peace”.
On the plan by the federal government to establish grazing reserves across the 36 States of the federation, the Enugu PFN said it was a veiled plan to Islamize the country.
“We frown at the impending doom that may befall the nation if Mr. President fails to check the incessant attempts to Islamize the states”, the PFN chair said. “We request the National Assembly not to consider such bill; let the sponsors of such bill desist from it”.
The Enugu PFN chairman noted that the nature of attacks by Fulani herdsmen on the host communities is “so damaging” and wondered how establishing grazing field could be the solution when it is the alleged cause of crisis in several cities across the country.
The Christian group while decrying the cases of rape, murder and arson linked to herdsmen, called on security agencies to rise in defence of helpless citizens, “whose farms are being damaged, their wives and daughters raped and murdered”.