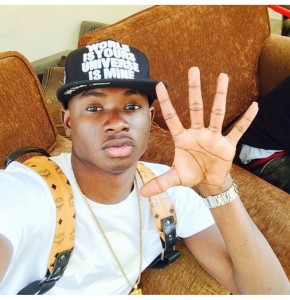 Young Nigerian rapper and songwriter, popularly known as Lil Kesh, in a recent interview told presenters that the ban of his songs by the Nigerian Broadcasting Commission has not in any way affected his musical career.

The ‘Lyrically’ crooner says “By the time wey they ban the song even JS II student don get am for phone, everybody don get am.

“The song don blow already, they no need make anybody play the song for them. When I hear the gist say NBC ban Shoki, I say God bless them.

In the interview, the 21-year-old YBNL act, Keshinro Ololade said, Olamide Baddo, also known as Adedeji Olamide, met him through Vktoh after listening to his song Lyrically.

Shoki and Gbese were banned by the NBC for containing vulgar lyrics.