A magistrate court sitting in Igarra, Akoko-Edo local government area of Edo state has sentenced a 45 year man whose name is given as  Joseph Okoye to three years imprisonment with hard labour for defiling a four year old girl in the area. 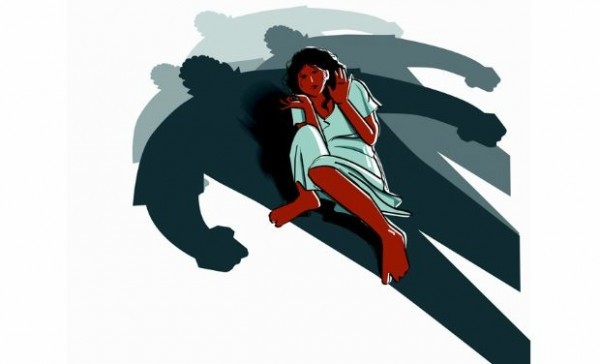 Meanwhile, the National Agency for the Prohibition of Trafficking in Persons (NAPTIP) in Edo State has secured the conviction of 37 year Favour Eboigbe for human trafficking.

The offence according to the Prosecution is contrary to sections 15a, 16 and 19b of Trafficking in Persons (prohibition) Law Enforcement and Administration Act, 2003 as amended.

A statement by the Agency’s spokesperson, Nduka Nwanwene  said he was jailed 10 years vide charge No FHC/B/24C/2009 by Justice Okeke for trafficking six girls through Burkina Faso for prostitution.

The conviction of Okoye in Igarra was initiated by a non-governmental organization, BraveHeart Initiative for Youth & Women (BHI).

In August 2014, Okoye a Palm wine seller was said to have lured the minor from her great Grand mother’s apartment, and then took her to his shop, where he was alleged to have sexually defiled her.

Examinations completed by the Chief Medical Director of the General Hospital, Igarra revealed that the victim was sexually abused as she suffered tearing of the vagina.

Chief Magistrate Prince M. Oare in the judgement declared “I have listened to the plea for leniency by the Convict. I have also taken into consideration that the convict is a first time offender.

However, taking the age of the Victim into consideration, the act of the Convict will not only be regarded as wicked, but evil. In this regard, an option of fine cannot be considered.

The Convict is accordingly sentenced to three years in Prison with hard labour. The term of Imprisonment is to commence from when he was admitted into Prison Custody in 2014, since bail was not granted” the magistrate said.

BraveHeart Initiative was involved in the case from the onset with contact with the family of the girl to pledge support in line with BHI’s vision. The Intervention Team continued visits to the girl’s Grandmother and family served as assurance that the victim would get justice for crime committed against her.

During the trial, family members, activists and representatives from BraveHeart Initiative stood by the victim’s family as they persistently appeared at the Magistrate Court, Igarra awaiting justice.

BraveHeart Initiative had to seek for support from like minded individuals and other Civil Society Organisations including Girls’ Power Initiative Benin-City, Child Protection Network and Project Alert on Violence Against Women to ensure that relevant agencies were working to resolve the case efficiently and transparently.

Programme coordinator of BHI, Priscillia Usiobaifo told Independent  that the  “road towards this victorious day was never easy.

BraveHeart Initiative for Youth & Women celebrates the fact that the legal outcome provides justice for the victim and her family and pledges to continue to dedicate ourselves to the prevention of Sexual Violence.

One of the objectives of BraveHeart Initiative for Youth and Women (BHI) is to facilitate the recovery of abused children and women from gender based violence. BHI passionately intervenes in cases of rape. Rape is a gross violation of sexual and reproductive rights.

Rape and sexual violence are extensively reinforced by patriarchal beliefs as a means of control and to exert dominance and power over those who are most vulnerable.”