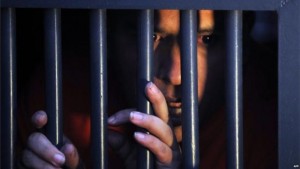 China has suddenly provided a new contender for World’s Worst Father. Unfortunately, the candidate will not be able to compete in the 2016 competition, as his crime was committed last year. However, after a diligent search by the police for the iPhone-loving scoundrel, the negligent parent recently turned himself in to the authorities. The man, A Duan, was only 18-years-old in March 2015 when he decided to sell his daughter to a stranger.

He had no desire to be a parent and was worried about how he was going to pay for the care of his new child. A Duan hadn’t completed high school and the mother of his child, Xiao Mei, was underage. They spent little time together, as she worked a variety of temporary jobs and he wasted his days in various Internet cafes in the city of Tong’an, which is located in the province of Fujian.

While in one of the Internet cafes, A Duan began exploring on the social media instant messaging platform QQ. During his search, he came across a man who was willing to buy the infant. The two men negotiated back and forth until settling upon the sum of $3,520 (23,000 yuan). A Duan determined this to be enough money for him to purchase a new iPhone 6 and a new motorbike. He was so caught up in profiting from the sale, that he never bothered to get the consent of Xiao Mei. Soon after the sale of her 18-day-old daughter, Mei left the city.

The individual purchasing the female infant gave it to his sister, who was unable to have any biological children of her own. Questions were soon raised as to where her new child came from, which prompted a police investigation. The police were eventually able to track down Xiao and arrested her. Although she was not directly responsible for selling her daughter, she admitted that she did not think the sale was illegal. Due to her limited financial and social circumstances, a judge handed her a two and a half year suspended prison sentence. A Duan was not so lucky. When he heard that police were looking for him, the now 19-year-old turned himself in to the authorities in late February 2016. He was sentenced to three years in prison for the sale of his daughter.