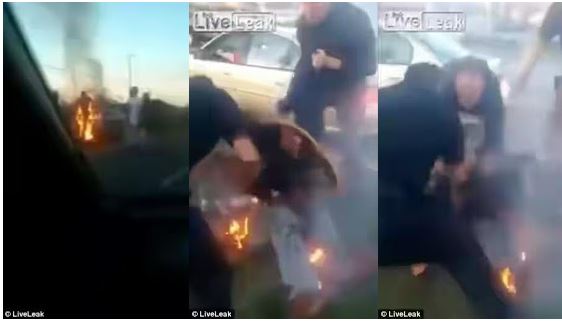 In a video taken in Kentucky and uploaded to liveleak,  a man was seen in flames after he doused himself in gasoline and set himself on fire following a domestic dispute. Lexington Fire fighter Major Joe Madden raced towards the man and helped pit out the flames, sustaining burn injuries in the process. See more photos below.

Major Madden was off duty and was driving past the scene when he spotted the human fireball.
Lexington Police said the man, who has not been named, had just had a major fight with his significant other.The man was taken to hospital with ‘life threatening injuries’. The mayor of Lexington tweeted to congratulate Madden on his bravery. 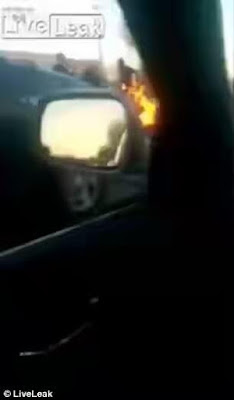 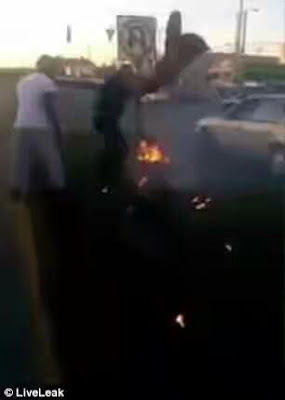 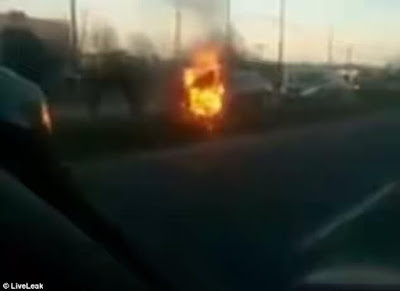 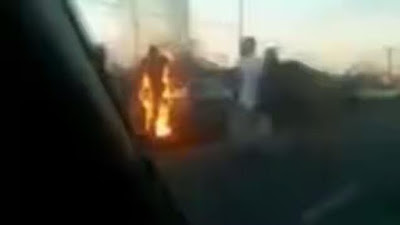 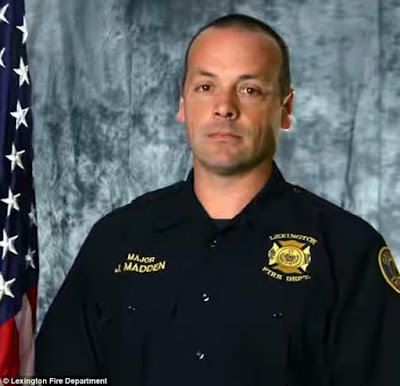