Man To Die By Hanging For Beheading 9-Year-Old Boy

An Ilorin High Court, presided over by Kwara Chief Judge, Justice Suleiman Kawu, on Monday sentenced one Ahmed Abdullahi to death by hanging. 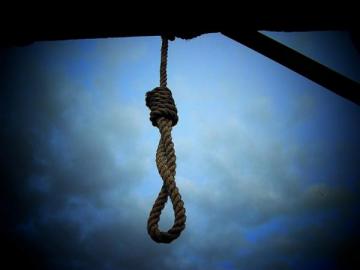 The court found Abdullahi guilty of beheading 9-year-old Hamidu Sanda in a bush at Amberi Village, Iso Wara, near Ajase-Po in Irepodun Local Government Area of Kwara, on April 1, 2009.

The chief judge also sentenced the convict to five years imprisonment for being in possession of a fresh human head.

Kawu said that Sanni and Adisa conspired to be in possession of a fresh human head of the late Hamidu Sanda for ritual purpose.

The two convicts were also sentenced to another five years imprisonment each for criminal conspiracy.