Home Entertainment ‘Many Politicians Are Into Ritual’, Kemi Olunloyo Reveals As She Admits Her...
Facebook
Twitter
WhatsApp 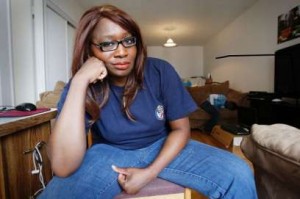 She boldly admitted that her dad was a ritualist.

“My dad and many politicians go to babalawos (native doctors). I am saying it on camera dad. It’s true. It’s just that I had to tell the world to free myself” she revealed.

Kemi Olunloyo further said “Many politicians are into rituals. Everyone in Nigeria knows this. When election time comes they go and pile up their names at ritualists so that they can win. I told the world my story because I have lived under the spell.“

In previous clips Kemi Olunloyo spoke on rapper Olamide visiting ritualists and why she dumped the Biafra movement.