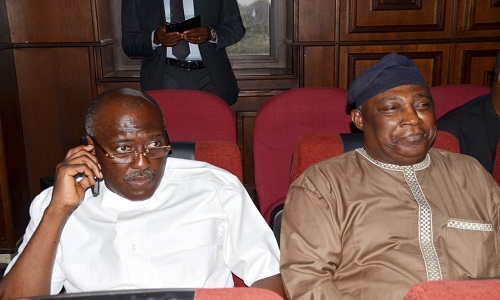 The trial of the National Publicity Secretary of Peoples Democratic Party, PDP, Olisa Metuh, which was scheduled for today, Wednesday, has again been rescheduled.

The registrar of the Federal High Court, Abuja, said today that the case will continue on Thursday.

The Economic and Financial Crimes Commission, EFCC, had arraigned Mr. Metuh on a seven-count charge bordering on alleged money laundering to the tune of N400 million.

He was billed to open his defence Wednesday.

The trial judge, Justice Okon Abang had adjourned the opening of Mr. Metuh’s defence last Thursday, following an application by the PDP spokesperson for the case to be transferred to another judge.

The application, filed by Mr. Metuh’s lawyer, Emeka Etiaba, SAN, listed 16 reasons Justice Abang should not be allowed to hear the case.

But the judge vowed to continue hearing the case pending the decision of the Chief Judge of the Federal High Court, Justice Ibrahim Auta.

The ex-defence chief is standing trial on a 10-count charge ranging from misappropriation of N1.1 billion meant for the Nigerian Air Force while he was Chief of Air Staff.

The charges were also brought against against him by the EFCC.

Mr. Badeh has been remanded in Kuje prison despite being granted bail since March 10.

The court was supposed to hear an application filed by Badeh’s lead counsel, Chief Akin Olujimi, SAN, urging the court to reduce the stringent conditions attached to the ex-CDS’s bail.