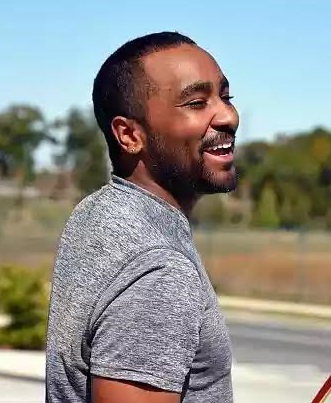 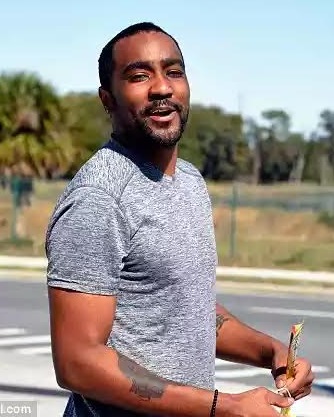 Grinning from ear to ear, this is Bobbi Kristina Brown’s boyfriend Nick Gordon yesterday – the day that the horrific details of her death were detailed as her autopsy was published.

The official document showed how she had alcohol and four different drugs in her system when she was found face-down in the bath of her suburban Atlanta home.

It detailed scars on her head and body, missing teeth, and the ravages and indignities she suffered during the seven months she spent in a coma before finally succumbing to the effects of the time she spent in the water.

It said the manner of how she came to drown – and therefore whether anyone was involved – could not be determined.

Her devastated father Bobby Brown said he wanted to see ‘justice’ for his daughter.

Indeed, so upset was Brown that he canceled his concert at the North Charleston Coliseum & Performing Arts Center in North Carolina on Friday, citing illness as the reason.

But today Gordon grinned as he told Daily Mail Online: ‘I’m glad that s*** is all over. I just want to wish my girl a Happy Birthday. I can’t say any more but it’s good.

The autopsy into the death of Whitney Houston’s daughter was released on what would have been her 23rd birthday by the Fulton County Medical Examiner in Atlanta, Georgia.

Gordon, 20, has been under suspicion of being involved with Bobbi Kristina’s death ever since she was found face down in a bathtub in January 2015.