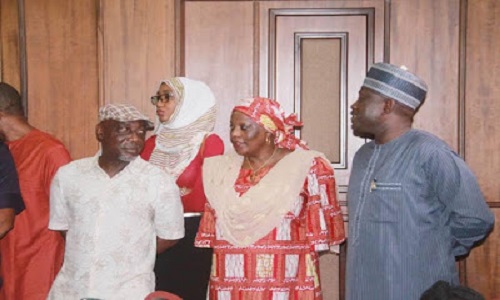 Former Minister of Interior, Comrade Abba Moro, has been granted bail on self-recognition by a Federal High Court in Abuja.

Justice Anwuli Chikere also granted bail to the two other defendants charged with him.

The former minister was charged alongside former Permanent Secretary in the Interior Ministry, Anastasia Daniel-Nwobia; a Deputy Director in the Ministry, F.O Alayebami; one Mahmood Ahmadu (now at large) and Drexel Tech Nigeria Ltd., on an 11-count charge bordering on obtaining by false pretense, procurement fraud and money laundering before Justice Chikere.

They were accused by the Economic and Financial Crimes Commission, EFCC, of defrauding 676,675 job seekers into the Nigerian Immigration Service, NIS, of N676,675,000.

Each job seeker was charged N1,000 each as application fees for participating in the botched recruitment exercise that led to the death of no fewer than 16 applicants and several others injured.