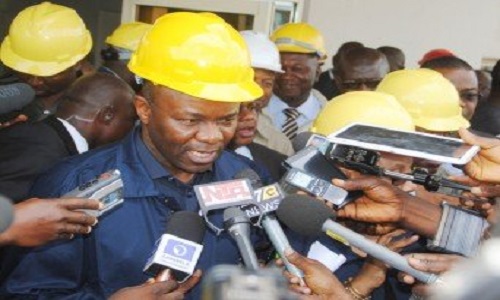 NUPENG and PENGASSAN had on Tuesday shut down the Nigerian National Petroleum Corporation, NNPC, nationwide following the purported unbundling of the corporation by the Minister of State for Petroleum, Ibe Kachikwu.

The action of the labour unions had led to a sharp drop in electricity generation as well as added more bite to the re-surging fuel scarcity across the country.

But the minister, who is also the Group Managing Director of NNPC, had explained that what the oil corporation did was “reorganization”, a restructuring that will see it split into five divisions, not unbundling, as erroneously reported.

He assured that he was going to meet the unions yesterday to forestall further action by the unions, which may lead to a more biting fuel scarcity across the country.

Sequel to “exhaustive deliberations” between the minister and the leadership of PENGASSAN and NUPENG, the unions on Thursday suspended the strike action.

They also resolved to support the restructuring at the NNPC as long as workers were not affected in the process.

A brief statement issued by the Group Executive Councils (GECs) of NUPENG and PENGASSAN on the suspension of the strike reads:

“The GECs of NUPENG and PENGASSAN had a marathon meeting with the GMD/Minister of Petroleum (State) and NNPC top management for several hours, ending this morning at 4:30am on the on-going industrial action.

“After exhaustive deliberations, a resolution was signed by the two parties. In view of that, the industrial action is hereby suspended”.

The union said details of the communique signed at the end of the meeting will be provided in due course.