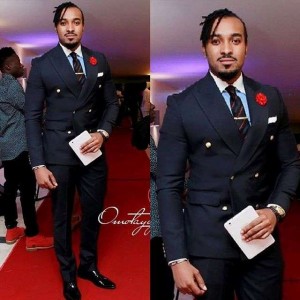 Hunky Nollywood actor and model, Bryan Okwara, opened up in a recent interview about his personal life and how much celebrities should share on social media.

The actor revealed he shares just enough on social media and avoids sensitive posts that could harm his career in future.

He said, “I try not to share too much because the thing about too much information is that when it gets back at you not everybody knows why you shared it. Just to avoid mis-haps i would rather not put very sensitive things out there.”

“I would also advice other people out there not to because i know a lot of people get into the social media craze and put a lot of things out there,” he continued.

According to him, the rate at which people take social media has gotten so bad to the extent of them living on drugs to make theirselves feel better.