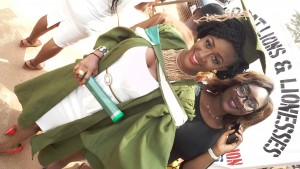 Among the graduands who received the B.A. in Mass Communication at the University of Nigeria, Nsukka, (UNN) convocation ceremony recently was a Nollywood star. Her name is Nicolette Ndigwe and she cuts the image of a movie industry starlet when she’s all dolled up: big boobs, stunning good looks, a great sense of style and vivacity. But Nicole, as we call her here, is far from a wannabe actor who’s looking for a way to get a foot in the door in Nollywood.

She’s already an accomplished actor, screenwriter and has started making an inroad into the rarified class of movie directors. She has a string of movie credits and awards to show for this. But you would never believe all these if you encountered her on campus. Nicole is excellent at compartmentalising her life. Thus, she remained grounded as a student, not putting on airs or slacking in her studies. She was friendly to other students, was a constant in my classes and when she didn’t get very high grades, she wanted to know what she was doing wrong. 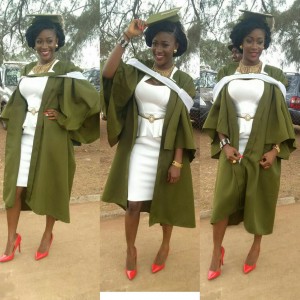 Some young people grow extremely arrogant when they taste a little success. Not Nicole. She seemed to value the knowledge she could gain from UNN and was passionate about doing well. I recall one occasion when after her best efforts, which I happened to be privy to, she scored a “C” in a course. Perhaps, her submission which centred on her movie roles appeared fabulous to the examiner who may not have been aware of her acting career. But the point is Nicole wept and wept. And she made representations to have the grade corrected to no avail.

What am I saying? It is a mark of those who would distinguish themselves in their chosen path to strive to be the best wherever they are. That pursuit of excellence, that doggedness and giving whatever you’re doing your all makes a difference between those who will become mediocre and those who will shine in their life’s work. I saw the same determination not to do a sloppy, unoriginal job when Nicole attacked her final-year research project. No wonder she earned a 2:1 in the end. 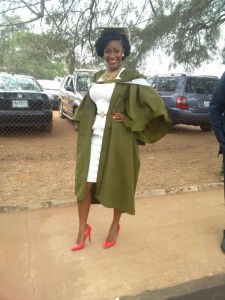 I can’t resist the temptation to share a hilarious episode from one of our writing classes. We were discussing the topics the students were to write on and Nicole was in her element, contributing and regaling us with relevant tales from her overseas trips and other experiences to the chagrin of some of the students. Their attitude was, “Enough already! You’re not the only one in class.” But mine was, “If you choose to be reticent, don’t begrudge others the pleasure of speaking out.” It was my punishment to them for the day: to endure what they considered Nicole’s garrulity.

Nicole started writing at age 8 when she had yet to learn the spellings of many words. To date, she has written 30 screenplays, five of which have been shot. They include Damage, which won numerous awards including Best Film – NAFCA, Best Film – BON and Best Screenplay with Message – BON; Impassioned and Beautiful Disasters. In May last year, she won a stiff contest to represent Nigeria with four others at the British Council Script Junction during the Edinburgh International Film Festival (EIFF), Scotland. She is also billed to attend the African International Film Festival (AFRIFF) in November under the same platform.

She has had roles in many movies and series such as Damage, Kidnapped, Catwalk, Tinsel and Star Secret. Sundown Tale, a short film on sickle cell heralded her directorial debut and she is currently working on a self-written and directed docudrama on malaria and child mortality titled Anave. Nicole also composes poetry and wise sayings. – I’m confident we’ll keep hearing good things of her in the years to come.

Edith Ohaja is a Senior Lecturer in the Mass Communication Department, University of Nigeria, Nsukka.