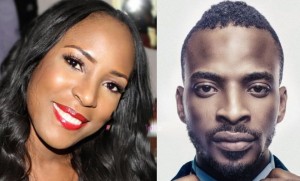 In 2013, the Alapomeji singer called out Linda and some other blogs after they uploaded his songs for free.

Linda has in turn stated that 9ice would have to pay for her to upload his song and that was when he lashed out at her, calling her a nobody, saying “Where was Linda Ikeji when I was out with my first album, Linda Ikeji who are you? I don’t even know her? Linda Ikeji if you are expecting a dime from me, fa fa fa foul. You pay me before you upload my music.”

Now the singer has thrown another major shade at the blogger in his new song, At the Moment.

In the song, which was uploaded on YouTube yesterday, 9ice talked about how Linda Ikeji’s wealth was gotten from retired army officer, Dasuki. He sang, “At the moment I want more prosperity I dey feel like Linda Ikeji, many money wey dey come from Dasuki.”

A few months back, Linda Ikeji was involved in the Dasukigate scandal where she was accused of being paid N240m from Sambo Dasuki even though she later debunked the allegations.