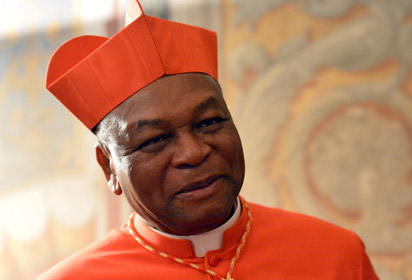 The Catholic Bishop of Abuja Diocese, John Cardinal Onaiyekan, has described President Muhammadu Buhari’s decision to drag Nigeria into the Saudi Arabia-led Islamic coalition against terrorism as a dangerous and unwise move.
Mr. Onaiyekan said the president’s decision poses a great threat to Nigeria’s armed forces as well as Nigeria as a nation.
“I am not sure it is a wise thing”, the Catholic Bishop told PREMIUM TIMES in an exclusive interview in Abuja.
According to him, “Once you talk of an Islamic coalition and you are bringing Nigerian armed forces into it, my fear is that this is a dangerous step”.
“We have been trying, and I think successfully, to keep religion out of our armed forces. Can you imagine what will happen if Nigerian armed forces were fighting in the North-West on the basis of religion?”
“So I hope government will be better advised”, he added.
Mr. Onaiyekan, who noted that countries that joined the alliance before Nigeria were not faring well, said Mr. Buhari bowed to an ill-fated advice to drag Nigeria into the coalition.
“Those who put the alliance together have not succeeded in putting their own houses in order”, the Cardinal said. “It’s not as if they have succeeded well in Iraq, Syria and other places”.
“So whoever advised him (President Mohammadu Buhari) did not advise him well”.
On the comment by Nigeria’s Minister of Foreign Affairs, Geoffrey Onyeama that the alliance was not religious, Onaiyekan said the Minister’s comment displayed ignorance and self-contradiction.
“When I heard the minister of foreign affairs saying that there is nothing religious about the coalition; I’m sorry that the Minister of Foreign Affairs does not know how Nigerians behave and think”, he said.
“You cannot tell us that something is Islamic and at the same time say it is not religious. That is a contradiction. It’s like saying Islam is not a religion”.
In his Easter message to Nigerians, Mr. Onaiyekan urged them to reflect on the last three days of Easter, beginning with Good Friday, and never forget that Jesus died for them.
He also prayed God to continue to lead Nigeria on the right path. 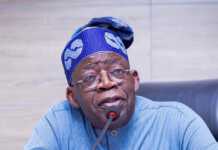