Home National News Opinion We Are Not All Corrupt, We Are A Hardworking People By...
Facebook
Twitter
WhatsApp 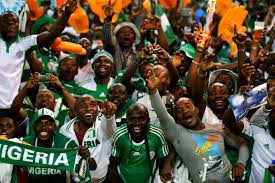 Even though Transparency International, an international nongovernmental organization has over the recent years consistently rated and placed Nigeria among some of the most corrupt nations of world, the perception and misconception that every Nigerian is criminally minded is unfounded, unnecessary and unfortunate. Every country under the sun has her own share of corruption and corrupt people, it’s just the frequency and level of corruption that makes the difference, this is largely as a result of the fact that some of the developed nations has put in place strong and independent institutions that is helping to prevent and minimize the level of corruption with the help of advancing technology.

Corruption may have increased in both quantity and intensity with devastating consequence on human development and standard of living of the citizenry, the percentage of corrupt minded Nigerians still remains insignificant compared to the millions who set out daily to do their legitimate and lawful businesses. Just like the popular saying “one bad egg spoils the rest” when a person picks an egg from a basket of eggs and the one turned out to be spoilt is it right to assume that all the eggs are spoilt? Some of our corrupt leaders and a very insignificant few Nigerians who engages in one form of criminal activity or the other are continually destroying the image of the entire country.

The fact that we Nigerians commit ourselves to the things we do and exhibit the highest sense of duty and professionalism in our chosen career, putting our soul, time and energy has translated in the huge success that Nollywood has recorded in just a little above two decades of its existence. Today, Nollywood isn’t just the second largest film industry in the world and of course the largest in Africa, Nigerian films have become the beautiful bride and is in high demand throughout Africa and beyond due to the Nigerian attitude of industry, dedication and the will to be the best which always made a Nigerian stand out and tall among other Africans anywhere in the world. It is this zest and ‘I can be the best’ mentality of a Nigerian that made people like Olu Jacob, Sophie Okonedo, Chiwetel Ejiofor, Uzoamaka Nwaneka Aduba, Ashley Madekwe among others stand out in the British and Hollywood movie industries.

“I go make am one day” “ego beta” “no condition is permanent” “I no come Lagos come count bridge” “I go follow get this money” among other daily motivational slogans by Nigerians hustling on the streets aptly portrays the resilience, ‘I can do’ and never quit spirit of a Nigerian that always makes us stand out. In sports, our men and women have not only made this country proud at many instances but they have consistently given sports men and women from the developed nations a good run for their money by leaving a mark at the world stage. It’s not surprising therefore that some athletes and sportsmen who usually represents big countries like the USA and Britain bear Nigerian names, the exploits of footballers like John Fashanu in English football will not be forgotten in a hurry as hundreds more have and are still making us proud both at home and abroad.

The Nigerian music industry didn’t capture Africa and the world scene by mistake, but it was a result of hard work, brilliance, dedication and agility of our musicians, entertainers and music producers who works tirelessly round the clock to earn a living and give the world what good music is all about. In medicine, Sciences, Law, Engineering, Poetry, Arts and Culture Nigerians are doing twice as good as their international counterparts and this exploits is being recognized across the globe. The likes of Wole Soyinka, Chinua Achebe, Jelani Aliyu, Chimamanda Adichie and a host of others have become a source of pride not only to Nigeria and Nigerians but to the entire African continent.                      The guts and strong conviction to stand against whatever we perceive to be wrong for us and agitate for what is right in defense of our fundamental human rights and the boldness to change the leaders through the ballot in demand for better living conditions was exemplified at the last general election when Nigerians defied religious sentiment, ethnic acrimony, tribal differences and political propaganda to elect new sets of leaders we were convinced will better our lot in the coming years. We shamed the prophets of doom at the last general election by conducting one of the most peaceful elections and change of government from one political party to the other when the whole world looked forward to an outbreak of war and a ‘river of blood’. No wonder, apartheid was defeated in South Africa when Nigerian students, youths and politicians intervened, indeed Nigerians can do certain things better.

It is not surprising that Nigeria is the largest economy in Africa despite facing challenges of insecurity. Our attitudes to business and commerce across Africa and beyond are exceptional, unequalled and unparalleled. No wonder a Nigerian is the richest black man in the entire world. We have good business culture and we are accustomed to developing with new business ideas, creating small and large business organizations, from technology to entertainment. We bring in diverse perspectives to business methods, we know how to interact and persuade investors and business partners within and outside the country, and this is why Benin republic cannot survive without Nigerian business men and women. This business innovation and distinction has earned us immense respect all over the globe and has made Nigeria the economic power house of Africa.