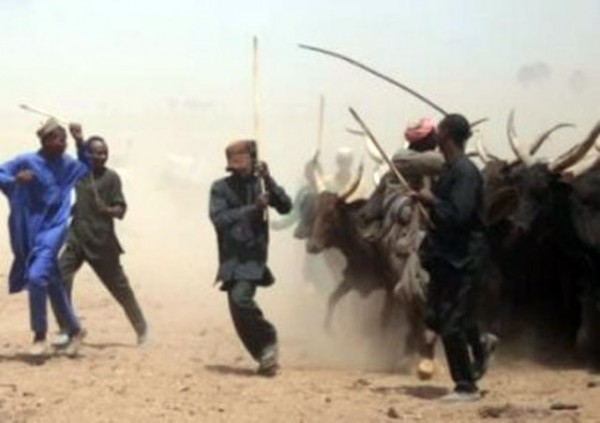 Benue State Governor Samuel Ortom state has explained that Fulani herdsmen are not the ones responsible for the incessant attacks in Nigeria.

According to him, herdsmen from Mali, Ghana, Congo and Niger are responsible for the attacks.

He, therefore, appealed to the Federal Government to tighten security at borders into the state. He explained that the foreign herdsmen have been behind the incessant attacks on his people since 2011.

“Unless they are chased out, it would be hard to maintain peace in the country. These herdsmen are very destructive and well-armed. They kill women and children on sight.

“They are completely different from the Fulani’s that we have lived and cohabited with over the years.

“We understand that the herdsmen came from Mali, Ghana, Congo, Niger among others and are killing us every day with impunity. This must stop.

“As we speak, over eight Local Governments have been affected across the state. The situation is really overwhelming,” said the governor.

Ortom said that there was no land for grazing in the state, as all lands belong to farmers in the state. He said that 85 percent of the state population were farmers and occupied the little available land, adding that it would be difficult to create a grazing reserve in the state.

He suggested that the herdsmen should rather embrace ranches as it was being practiced in developed countries.