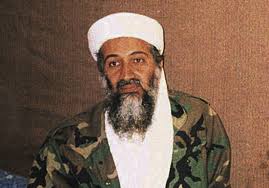 The United States has released what appears to be a hand-written will of the late al-Qaeda leader Osama Bin Laden. In it, Bin Laden asked that the majority of his $29m fortune be spent on continuing al-Qaeda’s operations. The letter was part of a cache of 113 documents taken in the 2011 US Special Forces raid that killed Bin Laden in Pakistan.

The documents were translated from Arabic and declassified by US intelligence agencies. They were part of a second tranche of documents seized in the operation and have been declassified since May 2015. A large number have yet to be released. One document, a hand-written note that US intelligence officials believe the late al-Qaeda leader composed in the late 1990s, laid out how he wanted to distribute about $29m he had in Sudan.

One percent of the $29mn, Bin Laden wrote, should go to Mahfouz Ould al-Walid, a senior al-Qaeda member who used the nom de guerre Abu Hafs al-Mauritani.  Bin Laden lived in Sudan for five years as an official guest until he was asked to leave in May 1996 by the then-government under pressure from the United States. Another one percent of the sum should be given to a second associate, Abu Ibrahim al-Iraqi Sa’ad, an engineer, for helping set up Bin Laden’s first company in Sudan, Wadi al-Aqiq Co, the document said.

Bin Laden urged his close relatives to use the rest of the funds to support al-Qaeda’s activities. “I hope for my brothers, sisters and maternal aunts to obey my will and to spend all the money that I have left in Sudan on jihad, for the sake of Allah,” he wrote.