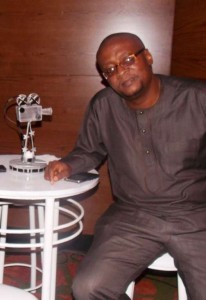 In an exclusive interview with the writer and filmmaker, he revealed that he has secured a TV licence and is working towards kicking off a TV channel before the end of the year.

In his words, “Well, I have a TV channel. I have a licence to run a TV channel. So, We have been working on building the TV channel and hoping to make the announcement before the end of the year.”

Charles Novia owns November Productions and November Records, but he didn’t reveal if his TV channel would be called November TV.