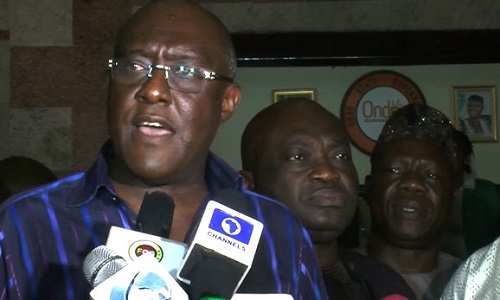 The leadership of the Peoples Democratic Party (PDP) has rescheduled the meetings of its National Caucus, Board of Trustees (BoT) and the National Executive Committee (NEC).

The information is contained in a statement issued by the party’s National Publicity Secretary, Olisa Metuh, on Tuesday in Abuja.

According to the statement, while the party’s national caucus meeting had been rescheduled for March 6 at 7 p.m., the Board of Trustees (BoT) meeting would hold on March 7 at 11 a.m.

It noted that the National Executive Committee (NEC) meeting would also hold on March 7 at 2 p.m.

“The leadership of the party deeply regrets any inconveniences that may be caused by this adjustment”, it added.