Police arrest 27-year-old most wanted Calabar rapist who fake as a policeman to Molest girls. 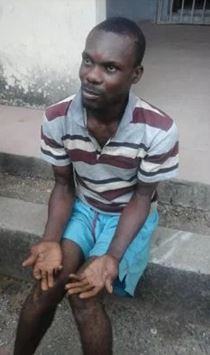 The suspect was arrested at Ekorinim area of Calabar after robbing and raping 3 girls in a flat of 5 apartments.

Luck ran out on him when the police storm the area via a call from a concern nieghbour. His other 4 gang members ran away and leaving him ontop of his third victim.

The suspect will be charged to court this morning. The police are currently searching for his friends who are at-large.