The leadership of the National Assembly has debunked claims that it labelled the National Social Investment Programmes by the...
Read more

The Lagos State Government has come out to deny claims that it has relaxed the lockdown order in the...
Read more

The Federal government has revealed plans to insure all the front-line health workers battling to keep Nigerians safe from...
Read more

The Inspector-General of Police, Mohammed Adamu has directed the Commissioners of Police in States where the social restriction orders...
Read more

A 107-year-old Dutch woman, Cornelia Ras has recovered from the novel coronavirus to beat the record earlier held by...
Read more

Police have arrested four students of the University of Lagos (UNILAG) for allegedly acting in a questionable manner at the graveside of Eniola Jacobs, a 300-level student of microbiology, who died from an intake of a pest-control chemical ‘Sniper’. 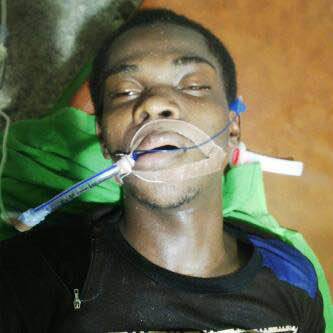 The arrested persons, identified as Adeboye Timothy, Aramowo Stephen, Awe-Obe Raphael and Iwerima Jacob are said to be members, along with the deceased, of the Cherubim and Seraphim campus fellowship‎.
“We arrested the students at the graveside when they insisted they wanted to exhume the corpse for resurrection,” Mr. Adejobi said.

He confirmed that the students arrested were being detained at the Criminal Investigations Department of the Eleweran Division in Abeokuta, Ogun State.

The incident is being investigated by the Lagos State Police Command.
While a version of Jacobs’ death alleged that that he was forced by some cult members to take the toxic substance, another claims he may have committed ​suicide over alleged depression.

As part of its relentless contribution and support towards battling the spread of the dreaded Coronavirus pandemic in Nigeria, Hypo, makers of Nigeria’s beloved...
Read more