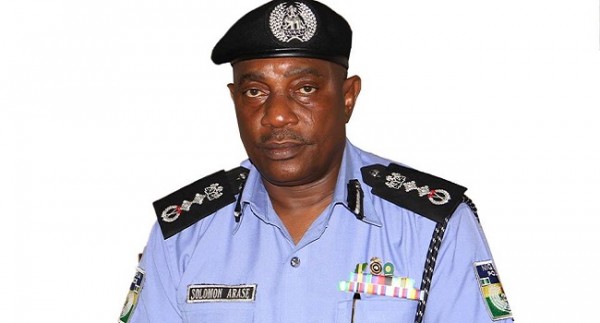 As reactions continue to trail last Saturday’s legislative re-run elections in Rivers State, the Inspector General of Police, Solomon Arase, Tuesday debunked allegations that the police favored the All Progressives Congress (APC).
Arase, who exonerated the police in the violence that trailed the Rivers re-run, insited that the police discharged its duties professionally.
The IG made this known while speaking to reporters in Abakaliki, the Ebonyi State capital during his one day working visit to the state police command.
He said: “It is not the police that ignite violence; it is the political class that ignites violence. All we do is to ensure we secure a conducive environment that can allow law abiding citizens to cast their votes in any election.
“The situation in Rivers has nothing to do with the Police; it has something to do with the political class.
“So, the police was neutral in the Rivers re-run and nobody can accuse us of bias or complicity or conniving with politicians or political party to frustrate the election”, he said.
IG Arase, who is scheduled to go on pre-retirement leave any moment from now, urged police officers to be thorough in their investigation and make friends with members of the public for effective community policing.
He also maintained his position on the order dismantling police road blocks nationwide even as he warned personnel of the force to avoid negative acts that can portray the police in bad light.
On the Ebonyi/Benue/Cross River boundary disputes that have claimed many lives, Arase noted that efforts are being made to restore normalcy in the disputed areas.
Earlier, the Commissioner of Police, Peace Ibekwe Abdallah, told Mr. Arase that the state has witnessed a reduction in criminal activities since she assumed office in September last year.
The police boss attributed the development to the overhauling and strengthening of the crime prevention strategies of the command.
“Whereas a total of eleven kidnap cases were recorded in 2015 (Jan-Sept), the three cases of kidnap recorded in the command from September 2015 till date were successfully investigated. The kidnap suspects were arrested and victims rescued without payment of ransom”, CP Abdallah said.