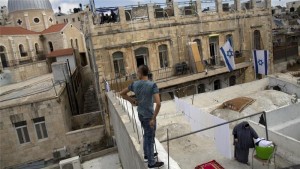 Roughly half of Israeli Jews want Palestinian citizens expelled or transferred from the country, according to a new poll. The Washington-based Pew Research centre, a non-partisan think-tank which carried out face-to-face interviews with 5,601 adults from October 2014 through May 2015, asked whether “Arabs should be expelled or transferred from Israel”. Half of the Jewish respondents strongly agreed or agreed with that statement, with approximately the same numbers opposing the notion.

The results have been met with alarm by politicians and observers alike, with Israeli president Reuven Rivlin calling the poll a “wake-up call for society” as he asked for “soul searching and moral reflection” over some of its disturbing findings.

“We are not talking about Palestinians in the West Bank and Gaza here,” Shibley Telhami, Anwar Sadat Professor for Peace and Development at the University of Maryland, told Al Jazeera. “We are talking about citizens who constitute 20 percent of the population. This is astonishing. This not only has ramifications on the nature of the state of Israel and future of its Palestinian citizens, but it even tells you about the notion of Jewishness versus democracy.”

The first in-depth study of religion in Israel, which was released on Tuesday, also found that overwhelming majorities among both West Bank settlers (85 percent) and other Israeli Jews (79 percent) agreed or strongly agreed that Jews deserve preferential treatment in Israel. “That’s remarkable when you are thinking in terms of democracy,” Telhami, who is also a non-resident senior fellow at the Brookings Institution, said. “Seeing Arabs as a demographic problem is not only wrong because it privileges Jewishness over democracy, but it also diverts from the fact that Israel has an obligation to end the occupation.”