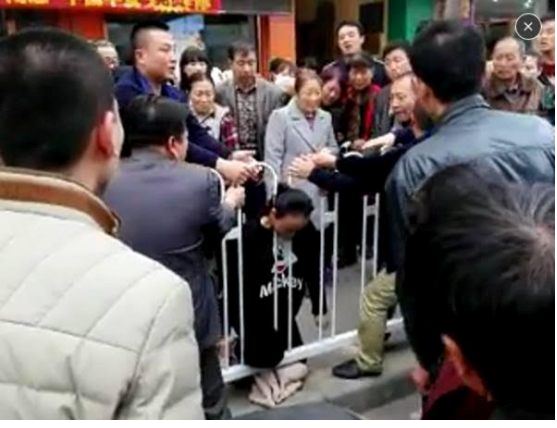 China’s Sha’anxi Province is still reeling from shock after a pregnant woman died after her head got stuck in railing. Videos showed the woman knelt down on the road, with her head stuck in a guard rail. From CCTV footage, passersby tried to rescue her by pulling apart the rails, but failed. Police and ambulance crews soon rushed to the scene and freed her body from the railing. 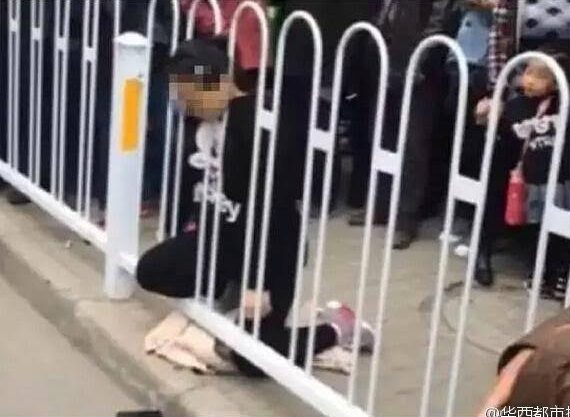 An official from the Mizhi County Hospital of Traditional Chinese Medicine, told a reporter from Beijing News that the woman lost signs of life upon arrival at the hospital. However, doctors still administered emergency treatment, including artificial respiration and cardiotonic injections in the hope of jolting her back to life.
Sadly, she and her unborn child were declared dead. Officials said they couldn’t yet decide why the woman fainted suddenly, which led to her getting stuck and suffocating, but she could have suffered from a heatstroke or hypertension. 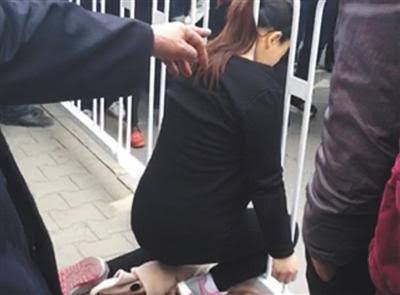 An official from Mizhi Public Security Bureau said an autopsy will be conducted before a final conclusion is made. He added that while the case is still under investigation, they have excluded the possibility of homicide.
An eyewitness who worked at a department store opposite of where the rails were located said the woman, who was around 30 years old, was pregnant with twins.
“She seemed to feel dizzy, and intended to lean against the railing to take a rest, but then fainted and her head slipped into rails,” he  said.