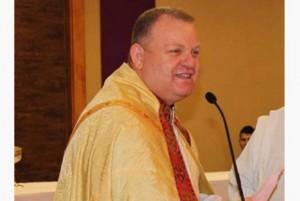 Police have launched an investigation into a Chaldean Catholic priest from London, Ont., after church officials reported more than $500,000 slated for refugee sponsorship was lost to gambling. Father Amer Saka, a priest working at the St. Joseph Chaldean Catholic Church in London, is under investigation after telling his bishop, Emanuel Shaleta, that funds intended to help new Canadians had instead vanished in vice, Shaleta said.

“He called me on the phone and . . . said he lost all the money. I said, ‘How?’ He said, ‘Gambling,’” Shaleta told the Star on Saturday, referring to a conversation he said took place Feb. 23. “We believe that Father Saka has a serious gambling problem and that these funds may have been used for that purpose,” he said. “Since there is an investigation going on, we cannot confirm what he’s saying.” Shaleta, who sits at the head of Canada’s first and only Chaldean eparchy, or jurisdiction, said he suspended the priest immediately after learning of the missing money.

The bishop drove to London the next day to take Saka for several days of voluntary treatment at Southdown Institute, a non-profit facility north of Toronto for priests battling problems ranging from addiction to depression to sexually abusive behaviour. London police confirmed they received a complaint Feb. 24 of alleged financial misappropriation related to the local parish.

“An investigation is underway,” said spokesperson Const. Sandasha Bough on March 15. The financial crimes probe was launched more than a week after the initial report, said police, who needed bank records before going further. No charges have been laid. The allegations have not been proven in court. The Star reached out to Saka through calls and letters to his church in London. A St. Joseph church representative said it is treating the situation “very seriously” but that comment would be “inappropriate” given an ongoing internal investigation.