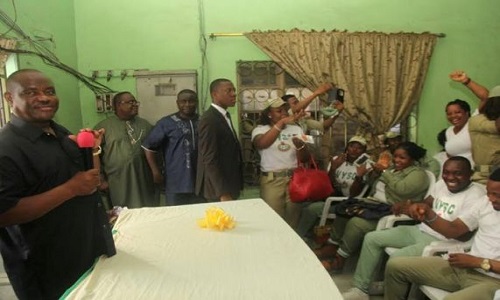 Governor Nyesom Wike of Rivers State has announced that the state government would immortalize the National Youth Service Corps (NYSC) member, Samuel Okonta, who was slain while carrying out election duties in the state last Saturday.

Wike also promised to provide all necessary assistance to the police to unravel the killers of the corps members and prosecute them.

The governor spoke in Port Harcourt on Wednesday during a condolence visit on the State headquarters of the NYSC.

During the visit, the governor said Okonta’s death was even more painful because he was an orphan and was on the verge of helping his family.

Mr. Wike also used the visit to announce an increase in the monthly allowance of corps members in the state.