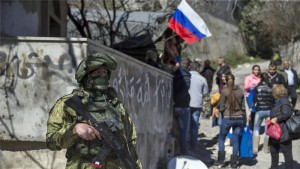 Russia warned it will act unilaterally starting on Tuesday to end alleged violations of the “cessation of hostilities” agreement, unless Moscow and Washington urgently reach an agreement to deal with attacks. The Russian military has accused the US of dragging its feet on responding to Moscow’s proposals on rules for joint monitoring of the Syria ceasefire and response to violations, saying delays are leading to civilian casualties.

“Further delays with implementing the agreed rules of reaction to violations of the ceasefire regime in Syria are unacceptable,” Russia’s defence ministry said in a statement. “Peaceful residents die daily there as a result of provocative actions and shelling.” Lieutenant General Sergei Rudskoi of the Russian General Staff said in a statement on Monday that if the US fails to respond to its proposals on a joint response, the Russian military will have to start unilaterally using force against those who break the truce – starting on Tuesday.

The agreement between the Syrian government and rebel forces has largely held, but there have been a number of alleged violations, including government air raids on opposition areas and the downing of a Syrian air force jet by rebels. Groups considered to be terrorist organisations by the United Nations – such as al-Nusra Front and the Islamic State of Iraq and the Levant (ISIL, also known as ISIS) group – have been excluded from the ceasefire.