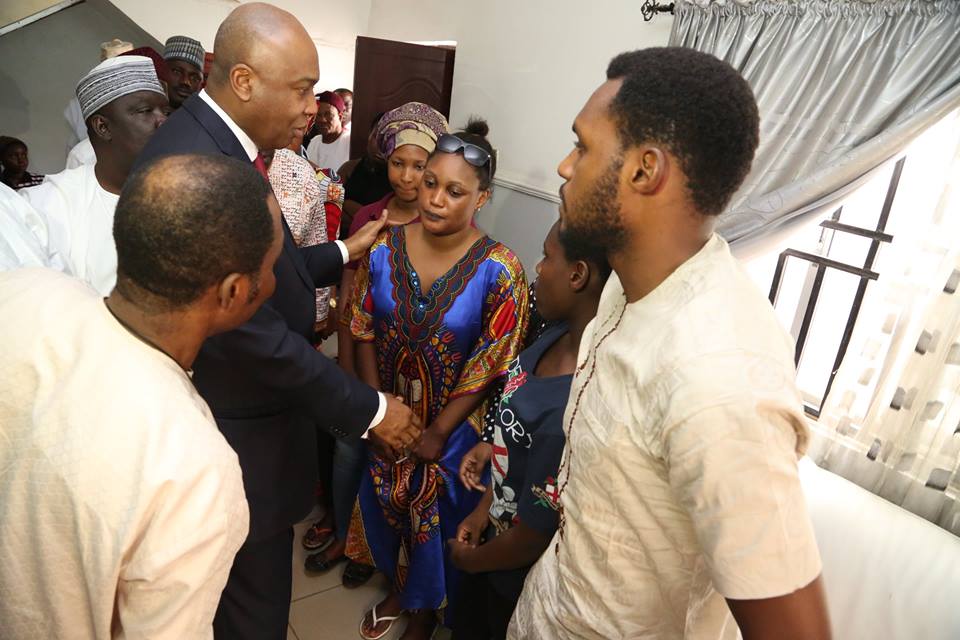 The Senate president made the visit in the company of a group of senators. During the visit, he urged Ocholi’s children to stay strong in these difficult times.

The senators also thanked them for the exemplary life that he lived in continued service of his community and his country.

Ocholi died in a road accident along the Kaduna-Abuja highway on Sunday afternoon. The Kogi state indigene and his son died on the spot of the accident. His wife, who slipped into coma after the accident, died hours later. His driver who was rushed to the hospital also died later.

The late minister’s car was reported to have had a burst tyre before somersaulting several times.