Home National News Odd News SEE The Bicycle Washing Machine That Will Clean Your Clothes While You...
Facebook
Twitter
WhatsApp 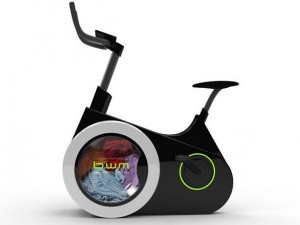 Laundry workouts might soon be the new fitness trend, thanks to a new invention by a group of students at China’s Dalian National University. They’ve created a washer that’s powered by a stationary bike, and they’re calling in ‘b.w.m’ (short for Bike Washing Machine). “Riding a bike is a popular exercise, washing laundry is something that you might do on a daily basis or at least once a week, so why not combine them into a single useful equipment/appliance,” the makers wrote on Tuvie, a blog dedicated to tech innovations.

The clothes fit into a large drum positioned at the bottom of the stationary exercise bike “When you ride this bike, the pedaling motion causes the drum of the washing machine to rotate, at the same time, the superfluous electricity is generated which can be used to power the display screen or stored for future use.”

The concept certainly isn’t new – Tuvie also featured another bike washing machine called BiWa, made by Slovakian industrial designer Barbora Tobolova. This one actually appears to be a moving bicycle with the laundry drum in the rear wheel. So you could pedal outside to run a few errands and get your laundry done on the way. The drum is equipped with a small opening to let dirty water out.

It’s not clear if either of these machines are good enough to completely replace conventional washing machines or exercise bikes, but they sure seem like great solutions for people who do their laundry in small loads and need a bit of exercise.  Unfortunately, the Bike Washing Machine is currently just a concept, but with all the focus on multitasking these days, I wouldn’t be surprised if it became a real thing very soon.