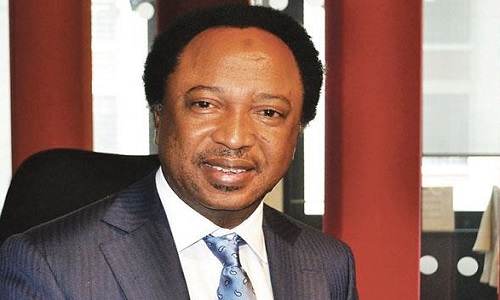 The crisis threatening to tear apart the Kaduna State chapter of the All Progressives Congress, APC, took a turn for the worse with the party accusing its senator representing Kaduna Central District, Shehu Sani, of planning to sabotage President Muhammadu Buhari in 2019.

The accusation came on the heels of an earlier statement credited to the senator, accusing the state governor, Malam Nasir El-Rufai, of planning to evict President Muhammadu Buhari in 2019.

Sani, who made the allegation in an interview in the March edition of The Interview magazine, was quoted as saying: “It would be counter-productive for the Governor to start thinking of evicting Buhari in 2019 to be the President of the Federal Republic of Nigeria”.

“El-Rufai should do his job and stop putting his eyes on the Presidency”, the senator added.

However, in defense of the governor, the spokesperson of the APC in Kaduna State, Salisu Wusono, urged people to ignore Mr. Sani, who he described as “a man who cannot grasp that leadership is not an ego trip or a perpetual exercise in narcissism”.

“The APC in Kaduna State hereby warns suspended Senator Shehu Sani against his irresponsible utterances about our party and its elected leaders.

“This is a man who seems unable to believe his good fortune at riding on the Buhari wave to become a senator.

“He hardly waited to arrive in Abuja before enlisting as an agent of the forces who began to plot for 2019 before they were even sworn-in, following the 2015 elections.

“Shehu Sani is desecrating the image of our party by his mercenary antics, and that is why we suspended him.

“He has tried to rubbish our revered President Muhammadu Buhari by describing the anti-corruption crusade as political.

“He is now pretending to love Buhari by needlessly attacking Malam Nasir El-Rufai on behalf of those funding his immature politics.

“The guilty are indeed afraid! Shehu Sani’s masters, who defied our party for their selfish ends, know that Nigerians are aware of those whose 2019 calculations made them impervious to reason and party discipline.

“The APC Kaduna State is proud of the vigorous and disciplined way Malam Nasir El-Rufai is governing Kaduna State in line with the manifesto of the APC. In education, health, agriculture and general governance reforms, El-Rufai is making strides.

“He has demonstrated exemplary focus on the responsibility the people of Kaduna State has given him. His loyalty to the APC and the great work that President Buhari is doing is visible for all.

“The APC Kaduna calls on Nigerians to ignore Shehu Sani, a man who cannot grasp that leadership is not an ego trip or a perpetual exercise in narcissism”, the statement said.