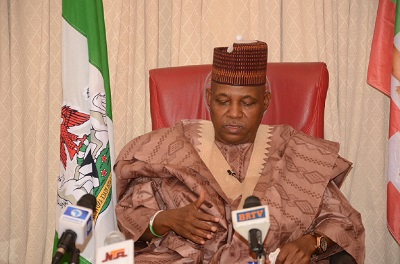 The Borno State Government on Friday dissolved the Caretaker Committees of the 27 local government areas of the State.

The Commissioner for Local Government and Emirate Affairs, Alhaji Usman Zannah, announced the dissolution in a statement in Maiduguri.

According to the commissioner, the dissolution followed the approval of the state governor, Alhaji Kashim Shettima.

Zannah added that the governor exercised his powers to dissolve the caretaker committees in line with the State LGA Law 2000, as amended.

“Gov. Kashim Shettima has approved the dissolution of the 27 LGA Caretaker Committees.

“This is in line with the state LGA law 2000 as amended”, Zannah said.

He, therefore, directed the affected chairmen to handover the affairs of their respective LGAs to the secretaries of the councils.