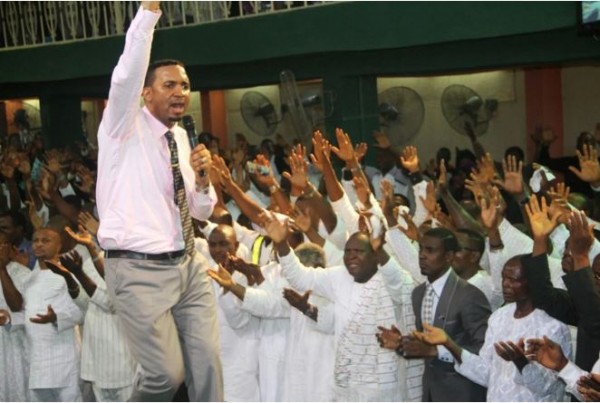 Popular Nigerian cleric, Dr Chris Okafor has told Governor Nasir El-Rufai of Kaduna state that he has about eight more days to retract his impending Religious Bill or face the wrath of God. Speaking at his Liberation City Church headquarters on Sunday, March 20, the clergyman read out the details of the proposed bill from a mobile phone before screaming: “El Rufai, Herod, leave the church alone!”

The pastor stated that the bill is potentially anti-christian and warned that El Rufai was only being used to test run something that would later become a bigger plan to Islamize Nigeria. Speaking further, the cleric said that if el-Rufai is left to go ahead with the bill unchallenged, about five other governors from the north will follow suit before other states in the region embrace it, and the whole country by extension.

He also told journalists after the meeting that, “I prayed very well, and the Lord told me to go ahead and warn El Rufai. And I want you all to count 14 days from the day of the prophecy (March 20, 2016). If he does not retrace his steps and abandon that bill, God will take steps to honor His words. 14 days! Please count it.”
Source:Naij