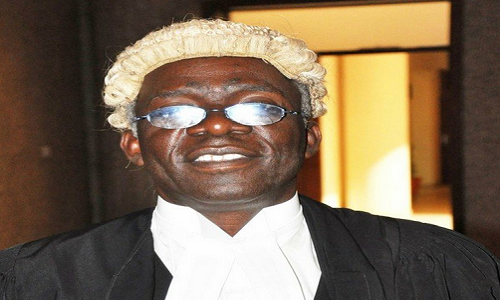 In his speech, Professor Soyinka condemned those who are weaving religion sentiment around child marriage.

“When you damage a child because of your own depravity, you ruin that child for life (and) traumatise that child. Whether you say you believe in any religion, you are committing a crime.

“We are against crimes committed (that are) defined by the constitution (and) the legal structure that binds us all together,” Soyinka said.

He also asked the Police to take charge in securing the safety of all citizens, saying that they are the first call in curbing crime.

“They should be the first call when the child goes missing and they cannot abandon the job until they have restored the child to the rightful parent,” he said.

Also speaking, Mr Falana expressed displeasure at the growing incidence of child marriages in the country, stressing that it was illegal to marry a girl without the approval of the parent.

“The law says under 18, it is illegal to marry out anybody and in this case, whether in the north or in the south, you cannot marry out a girl without the approval of the parent,” he said.

The Senior Advocate noted that those referring to religion are playing on the intelligence of Nigerians, adding that it was the responsibility of the government to cater for every underage child found hawking on the streets.

“Under the Child’s Right Act, every child must be put in school at the expense of the state and that applies to Lagos or any of the states in the south where we have children on the streets who are hawking all manners of goods,” he said.