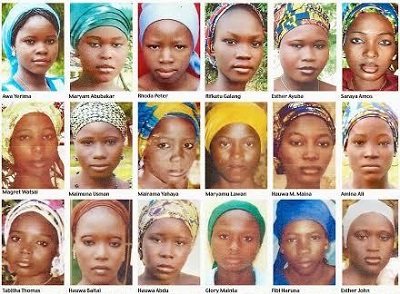 Cameroonian health and security officials yesterday commenced the treatment of an arrested suicide bomber, who claimed to be one of the 219 missing Chibok schoolgirls from Nigeria.
A statement on Monday night by the Senior Special Assistant to President Muhammadu Buhari on Media and Publicity, Mallam Garba Shehu, said the girl was found to be heavily drugged and bore several injuries on her body.
The presidential spokesman further said the girl’s health condition had delayed her movement to the far north regional capital of Cameroon, Maroua as earlier planned.
Shehu said pictures of the arrested suspected bomber obtained by Nigerian officials indicated that she was likely a minor aged between nine and 12 years, adding that the girl’s accomplice was about 30 years or more and they both spoke only in Kanuri language.
“Considering the well-known guidelines regarding the publication of photography of minors, we have decided to forward the pictures of the suspected bomber to the Murtala Mohammed Foundation for verification by interested Chibok community stakeholders”, he stated.
He also said the Ministry of Women Affairs, the Nigerian High Commission in Cameroon and other government agencies would continue to work together with other stakeholders to verify all the issues.