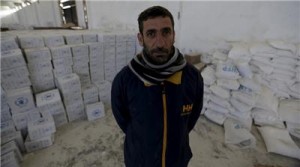 Kurdish-controlled areas of northern Syria are expected to declare a federal system imminently, a Kurdish official says, as peace negotiations continue to be held in Switzerland about how to end the country’s five-year war. The step, which would combine three Kurdish-led autonomous areas of northern Syria into a federal system, is sure to anger neighbouring Turkey, which fears growing Kurdish power in Syria is encouraging separatism among its own Kurdish minority.

Idris Nassan, a Syrian Kurdish official and former leader in the Syrian Kurdish Democratic Union Party (PYD), says the announcement will mean “widening the framework of self-administration” across northern Syria. Speaking to Al Jazeera from Kobane, in Syria, on Wednesday, Nassan said preparations for federalism have been ongoing for quite some time and an announcement would be made shortly.

“Federalism should be the future not only for northern Syria or the Kurdish regions but for Syria in general, because under federalism democracy and equality will be guaranteed,” he said. Al Jazeera’s Diplomatic Editor James Bays, reporting from Geneva, said the PYD has so far been left out of the peace talks, making the timing of the federalism announcement significant.