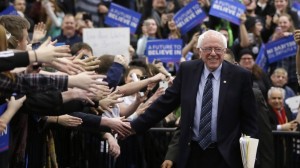 United States Republican has won nominating contests in Kansas and Maine, denting frontrunner Donald Trump’s momentum and bolstering Cruz’s case that he is the best alternative for those bent on stopping Trump.

On the Democratic side, frontrunner Hillary Clinton won in Louisiana, while her rival Bernie Sanders, a US senator from Vermont, won in Kansas and Nebraska. Five states were holding nominating contests on Saturday as Trump and Clinton looked to strengthen their leads in the battle to pick nominees for the November 8 presidential election to succeed President Barack Obama.

Trump won in Louisiana and in Kentucky. The results were bad news for the remaining two Republican candidates, Marco Rubio, a US senator from Florida, and Ohio Governor John Kasich, who trailed in all four contests. “The scream you hear, the howl that comes from Washington, D.C., is utter terror at what ‘We the People’ are doing together,” Cruz told supporters in Coeur d’Alene, Idaho, after his win in Kansas.

Cruz, a US senator from Texas who has promoted himself to voters as a true conservative, in contrast to Trump, also won a non-binding “straw poll” of activists at the Conservative Political Action Conference near Washington. “What we saw in Kansas is a manifestation of a real shift in momentum,” Cruz told reporters in Idaho.

Trump has a substantial lead in the delegates needed to secure the nomination at the Republican National Convention, but has come under a barrage of blistering attacks from his party’s establishment. The four Republican contests on Saturday together account for just 155 delegates. The results in Maine gave Cruz 12 delegates and Trump nine. In Kansas, Cruz picked up 24 delegates while Trump gained nine.