A teenage boy opened fire on four family members, including his grandmother and two young children, in an East Nashville, United States home. 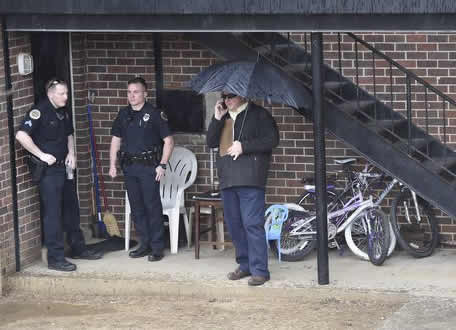 The spokesperson for Nashville police, Kris Mumford, said that shortly before 7:17am, a relative of the 16-year-old boy attempted to wake him up for school when an argument broke out between them.

Mumford said, “There was a quarrel about getting up and getting ready for the day when the 16-year-old ran to a closet, got a 9mm handgun and started firing.

“Bullets struck the teen’s 67-year-old grandmother twice. His 12-year-old sister and six-year-old nephew were both grazed by the gunfire. The teen’s nephew is his older sister’s son,” Mumford added.

The teen also tried to shoot his 42-year-old mother in the living room of the home, but Mumford said the woman ducked behind a couch and avoided being hit.

The teen’s two-year-old sister was also in the home when the gunfire broke out but was fortunate not to be hit by bullets, police said.

According to the Tennessean, the teen then fled the home on foot and tossed the gun at a nearby apartment.

Police, however, found him along a rail path, arrested him and eventually recovered the handgun.

The grandmother was said to be recovering from in the Vanderbilt University Medical Center, while the two children were being treated at Monroe Carell Jr. Children’s Hospital at Vanderbilt.

Police said the teen’s family said they were not aware the firearm was in the closet.

Nonetheless, investigation is ongoing to ascertain the source of the gun, Munford said.