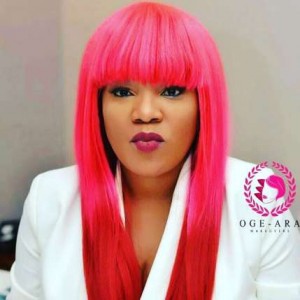 Nollywood star, Toyin Aimakhu has revealed she has plans to start up her own reality TV show titled, ‘Keeping Up With Toyin Aimakhu’.

The Nollywood actress made the revelation about the reality show via her Instagram page yesterday, March 22, 2016.

She also announced the official Blackberry messenger channel for the show, while sharing photos of herself from the channel.

Aimakhu who shared lovely selfies of herself rocking a pink weave, wrote: