UAE Sentence 11 To Life In Jail Over Terror Plots 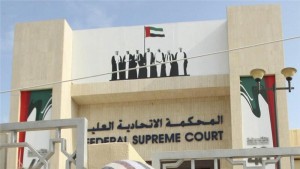 A court in the United Arab Emirates (UAE) has sentenced 11 people charged with terrorism and raising money for al-Qaeda and the Islamic State of Iraq and the Levant (ISIL) in Syria to life imprisonment, state news agency WAM reported. A total of 41 defendants were charged in October with “possessing firearms and ammunition with the intention of committing terrorist crimes against the country and its security,” according to WAM.

The statement on Sunday did not specify the suspects’ nationalities. It said two of those given life terms were sentenced in absentia.

Four other defendants were sentenced to six months in prison for the possession of non-explosive weapons. WAM added that the men also faced prison for “raising funds and financial support to other terrorist groups such as al-Nusra Front and Daesh in Syria,” using Arabic names which refer to al-Qaeda’s branch in the war-torn country and ISIL.

Twenty three of the remaining 41 defendants were sentenced to between five and 15 years behind bars and the rest were acquitted. ISIL has pledged to overthrow the monarchies of the Gulf and mounted a series of attacks on Shia Muslim mosques and security forces in Kuwait and Saudi Arabia.