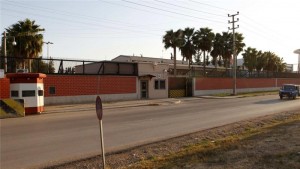 The US State Department and Pentagon ordered on Tuesday the families of American diplomats and military staff to leave posts in southern Turkey because of security fears. The move comes amid heightened concerns throughout Turkey and was accompanied by an updated travel warning advising US citizens of an increased threat of attacks, the Associated Press reported.

The State Department and Pentagon said dependents of American staffers at the US consulate in Adana and the Incirlik air base and two other locations must leave. “Foreign and US tourists have been explicitly targeted by international and indigenous terrorist organisations,” a State Department statement said. “US citizens are reminded to review personal security plans and remain vigilant at all times.”

In a statement, the US military’s European Command said the step “allows for the deliberate, safe return of family members from these areas due to continued security concerns in the region”.

The order comes as Turkey’s President Recep Tayyip Erdogan departed for Washington on Tuesday to attend a nuclear security summit on Thursday and Friday. There has been intense speculation in the Turkish media as to whether Erdogan would meet Obama, amid signs of a poor relationship with the US over Syria and Turkey’s domestic policy direction.