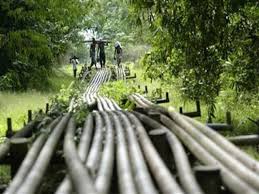 It seems any time presidential spokesman Femi Adesina tweets or makes a comment publicly, he passes the wrong message or passes the right message the wrong way.

After a series of backlash on twitter over tweets that infuriated Nigerians, Adesina seldom tweet these days.

However, in an interview on Channels TV, he made another comment that did not go down well with Nigerians.

While assuring Nigerians that the 10,000MW promised by President Muhammadu Buhari was feasible, he blamed the current power crisis on vandals but lost it when he said: “Those of you crying that you are in darkness go and hold pipeline vandals.”

VIDEO: Those who are crying that they are in darkness should go and hold those who vandalize.. ~SSA, Femi Adesina. pic.twitter.com/VJe6TJ39vM