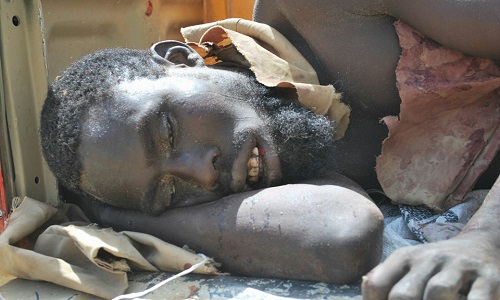 The Nigerian Army has announced that one of the suspected Boko Haram Terrorists’ leader declared wanted by the Chief of Army Staff, Lt.-Gen. Tukur Buratai, has died from fatal wounds sustained during an encounter with troops of 7 Multinational Joint Task Force Brigade Quick Response Group (QRG) stationed in Baga and 118 Task Force Battalion.

The suspected terrorists’ leader, whose identity was not disclosed in the statement issued by the army spokesperson, Sani Usman, was fatally wounded on Thursday when the troops sprang an ambush along Daban Masara axis used by Boko Haram to convey logistics.

“He later gave up while receiving medical attention at the base, while other members of his team escaped with gunshot wounds”, Usman, a colonel said.