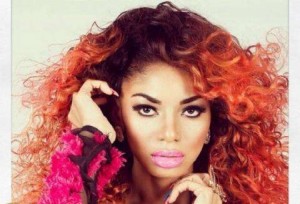 We always can bet Dencia is one to never back down from a fight.

The battle started yesterday (4 March) after Whitenicious boss, Dencia called out Toke Makinwa who is the brand ambassador for a cosmetics company called, Mecran Cosmetics, over stolen photos of customer success stories.

Dencia went as far as threatening to sue Mecran Cosmetics over the issue after a fan drew her attention to a photo shared by her competitor Macran cosmetics, showing a success story from the use of the Whitenicious product which she had shared weeks earlier.

Although Mecran Cosmetics had since apologized and even said the staff responsible for the theft has since resigned.

Whitenicious boss Dencia is not accepting their apologies, she went directly on Toke Makinwa’s Mecran Cosmetics Instagram page to dish out a little inferno of her angry side.