A trader, Ayisat Amodu, who allegedly conspired with two others to kidnap her grandfather for ransom, was on Monday remanded in prison custody by an Ilorin Magistrates’ Court. 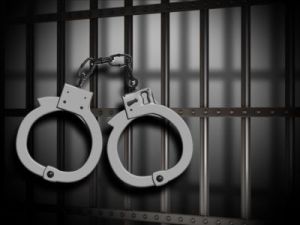 Magistrate Mohammed Ibrahim ordered that the accused persons be remanded at the Federal Prison, Okekura, Ilorin, while the case was adjourned till March 22 for mention.

Amodu, a resident of Ilesha Baruba in Kwara, is facing trial with Ali Mohammed and Adamu Hassan in the court.

The Prosecutor, Insp Nasiru Yusuf, told the court that the trader, along with Mohammed and Hassan, kidnapped her grandfather, Yakub Bello, for a ransom.

Yusuf said that the trio committed the offence sometimes in March at Tunbuyan Fulani Camp in Ilesha Baruba in Baruteen Local Government Area of Kwara.

The prosecutor said that the offences contravened Sections 1, 2 and 6 of Kwara State Prohibition of Kidnapping Law, 2010.
The accused, however, pleaded not guilty to the charges preferred against them.

Yusuf , however, objected to granting of bail to the accused on the ground that the offences were “not ordinarily bailable.’’