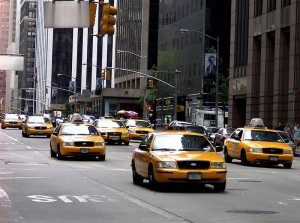 A Denver woman has been accused of stealing a taxi, but not before she told the driver where she was headed.

KMGH-TV reports (http://bit.ly/228K1ic ) that the cab driver called police early Friday to say that a woman got in his cab and asked to go to a 7-Eleven store.

Police say she then threatened him with a knife, kicked him out of the taxi and took off in the vehicle.

The woman ditched the cab but walked to the convenience store she had initially mentioned. Police say she was arrested there and taken into custody.