Following the Supreme court judgment that sacked David Lyon of the All Progressive Congress as governor of Bayelsa state...
Read more

Finally, people around the world can breathe relief as a new experiment has confirmed that chloroquine phosphate, an antimalarial...
Read more

52-year-old Robert Lee Noye popularly known as “the black guy in town" has been arrested by the police in...
Read more

The Lagos Ministry of Health has identified the state’s index Lassa fever patient as an indigene of Ebonyi who...
Read more 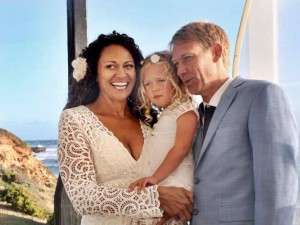 A woman has spoken of how she tracked down the sperm-donor father of her child – before the pair fell in love and got married. British-born Australian Aminah Hart gave birth to daughter Leila following IVF treatment. Despite never having met him, Ms Hart chose cattle farmer Scott Andersen, 45, as a donor because he described himself as “happy and healthy”, according to the Mirror.

Using the internet, Ms Hart was able to track down Mr Andersen, who also teaches Australian rules football. She decided to contact him through the formal channels of the IVF clinic, allowing him to turn down a request for contact. Mr Andersen was not legally obliged to meet Leila until she turned 18. However, upon seeing a picture of his biological daughter, who strongly bears his resemblance, he agreed to connect with her.

Following a period of email correspondence, Mr Andersen met both mother and daughter in Melbourne. After the meeting, the pair went on to have a relationship and married two years later. “What happened to Scott and I is such a random thing,” Ms Hart told Channel Nine. “He was basically just a brief profile on a piece of paper. He could have been anyone. The fact that we met and we liked each other and we fell in love and all of those things are still so far-fetched to me.”

Mr Andersen said that he first agreed to the meeting in order to see Leila but later developed feelings for Ms Hart. Two other children she gave birth to from previous relationships, Marlon and Louis, both died at a very young age. She later found out she had a rare genetic disorder which only affected male offspring. “They were very sick little boys but had very distinct personalities,” Ms Hart told the Mail Online. “They were human beings and I just wanted to pay tribute to them because they are kind of how I got here.