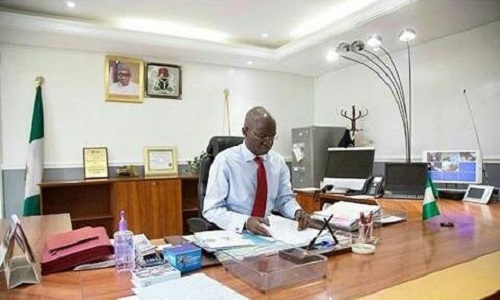 The federal government’s target of generating 10,000 megawatts of electricity by 2019 is realizable, Minister of Power, Works and Housing, Babatunde Fashola, has said.
Speaking with State House correspondents after yesterday’s Federal Executive Council meeting, which was chaired by President Muhammadu Buhari, the minister said the determination to achieve the target is very high.
Mr. Fashola, however, decried the vandalism of pipelines in the Niger Delta, which he said has affected power generation from 5,000 megawatts to about 3,200 megawatts.
He said: “Essentially, its gas supply issue arising from the problems that’s now well reported of the failure of our operational platforms at Focados where the repairs are ongoing to restore the petroleum lines gas lines. As a result of this, our power production has dropped from 5,000 megawatt to about 3,200 megawatt depending on other collateral problems. What was not enough at 5,000mw is even now much more difficult to share at 3,000mw”.
The minister also announced the increasing success with some of government’s transmission projects across the country.
“So, areas in the country that did not have power supply when we were at 5,000mw now have transmission restored. Places like Maiduguri, Okada, Makurdi transmission projects have been completed there, they’re now benefiting from what was difficult to share initially. So‎, it’s a mixed blessing in some places.
“We understand that people are going through a difficult time. It’s a bad time to have energy crisis and there is no good time to have one. But it’s a temporary thing, we’ll go back to normal service when gas is fully restored. We’re working to make sure that should this happen again in future, we’ll be better position to respond by increasing the opportunities for local gas allocation and production from the non-associated lines. This is a teething problem; it won’t last for long. Our determination to overcome it is bigger than the problem, and I’m very sure it will be overcome”, Fashola said.